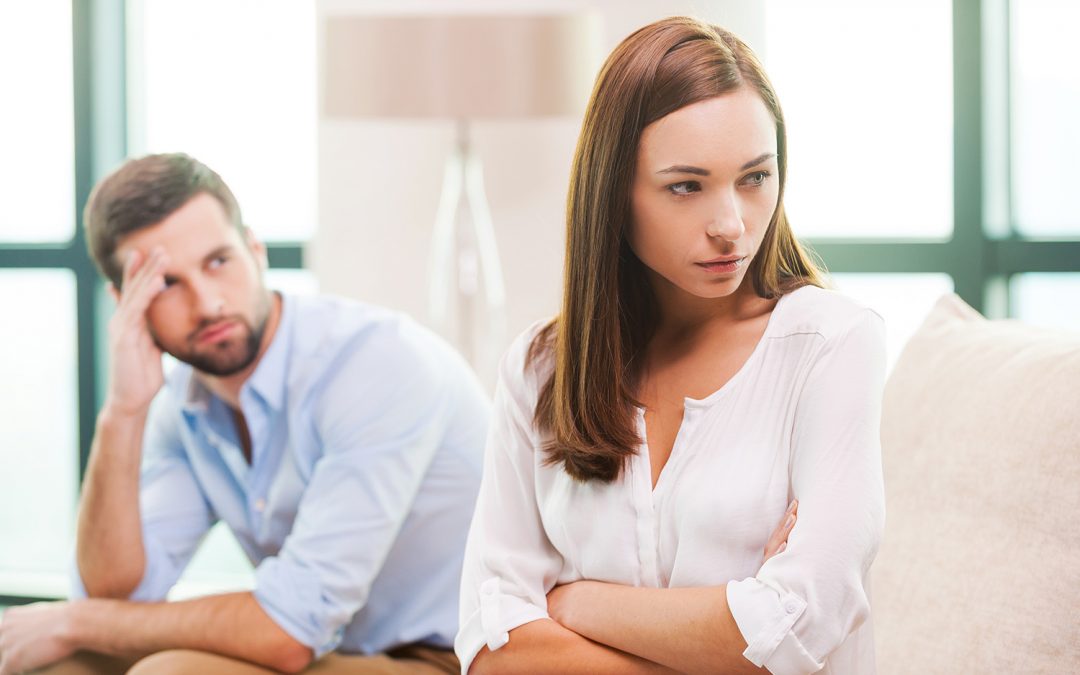 Relationships are your most valued resource. There are tremendous benefits to developing your capacity and skills to enjoy flourishing relationships.  Research indicates that people with positive, life-enhancing relationships:

Yet the fact that so many relationships end in divorce underlines the need for many adults to learn to develop stronger, more mature relationship skills. I have worked with couples in Relationship Counseling for 25 years, and in that time I have observed several unhealthy patterns. In this article series, I will introduce you to real couples (names changed for privacy) and show you how they were able to break their dysfunctional habits and behaviors to develop life-enhancing relationships.

Messy Mike was a 29-year-old male who had a major problem with leaving his stuff all over the place when he was in a funk. His wife Hanah had the habit of constantly harassing him about his messiness.   One of the jobs of a good marriage therapist is to help couples become aware of the patterns between them and to “own their part.” The following is a dialogue between Mike and Hanah in a couples therapy session, along with notes that will help you to understand how we worked through this issue.

Hanah: You always leave your stuff all over the place and last week I tripped over your phone in the bedroom. When are you ever going to start acting like a grown-up?

Hanah is exaggerating when she uses the word “always.” She is also talking to Mike in a parental tone.  This is likely to trigger childlike behavior in Mike.

Mike: Ya, ya OK I get it, you want me to pick stuff up and I told you I would work on it. Didn’t you see last week I cleaned up the garage?

Mike is pissed that Hanah did not notice he spend four hours on the garage, but did not express his feelings directly.

Hanah: Here you go wanting rewards from me when the living room looks like the back of a Goodwill store. I wish you would consider how I feel once in a while.

Many partners in relationship counseling do not realize how important it is to notice and recognize small changes that the other partner in making in the desired direction. They expect too much and fail to realize that real change begins with small steps taken daily. It is amazing how much can be accomplished with some self-discipline and persistence in the small steps category. In fact, a motto of mine is “Small steps taken daily add up.”

The “More the More”

Hanah and Mike presented with a pattern that I observe often with couples in counseling. I call the the “more the more.” The more Hanah harasses and complains, the less Mike cleans up. Then the more Hahah does not notice when Mike is making progress, the more he resorts to passive-aggressive behavior (PAB). PAB results when one partner feels angry or hurt, but does not talk it out with their partner or spouse. Instead, they act it out by doing something that will annoy or hurt the partner as a way to retaliate. Some people do this consciously, but many do it outside of their awareness.

Hanah did not realize it, but she was actually discouraging Mike from changing his habit of being cluttered when she did not express appreciation after he did put in four hours. She did not genuinely praise the effort Mike was making. This is partly because Hanah was seldom satisfied with her own efforts, and she was constantly harassing herself. When Hanah learned to be more appreciative and nurturing to herself, she gradually began to be more appreciative of Mike, and the relationship improved.

A golden rule of improving relationships is to figure out your own part in the stress and decide to work on it. When Hannah began to notice and appreciate Mike for the progress he did make, he really appreciated it and was motivated to tidy up more. Now, their home may never end up on the cover of Simply Organized, but Mike came a long way after three months of therapy. Hahah and Mike even began to crack jokes about his clutter habits. (What happens when you leave a pile of clothes on the floor for two weeks when it’s raining outside? Answer: You have to get your raincoat out of the pile.)

So how did Mike really own his part and change his habit? First, he decided to devote one weekend morning each week to come clean with his clutter. On the first weekend, Mike washed his car, washed his clothes, folded them, and (you guessed it!) put them back in the dresser. Hanah knew Mike was going to take care of business Saturday morning so she learned to tolerate his messes. When Saturday came along, Mike talked himself into action with the following rhyme I wrote.

Break steps down into doable parts,
it doesn’t matter how you feel, it’s important that you start,
trust you can do way more than you think,
first step, second step, third, and complete.

Mike also made it a habit to talk himself into getting his clutter organized by praising himself as he did each step rather than be dependent on Hanah for perks. Wow, Mike look at the great job you are doing. You are a super organizer and are headed toward an amazing marriage! Mike would tell himself.

So then how did Hanah break out of her critical blaming mode? First, she made notes when she felt like she was going to be critical of Mike. When that happened, she made an effort to hold back. What Hanah learned was that she was more bothered in the evening after a day at the office. She also noticed she got especially upset if Mike left stuff all over the bathroom when she had to get to work in the morning. Hanah decided that she make an effort to stop herself when she felt the urge to nag Mike. Instead, she did something from her to-do list and celebrated her results. If there was not enough time to get something done, she did a yoga pose, spending a few minutes deep breathing which helped relax and positively energize herself. She also reminded herself of the whole picture by saying to herself, Mike is a great father and that means the world to the kids and me.

Hanah turned a bad habit into a new and positive habit of getting things done. She learned to feel better about herself. Hanah did nicely advise Mike that if his shaving cream, Tom Ford cologne, toothpaste, etc. were cluttering up the bathroom, she would leave them on the floor in a bin for him to put back later.  Gradually, Mike learned that Hanah was not going to pick up after him and that she was very consistent in not doing so. Together, they helped each other break their impulsive habits.