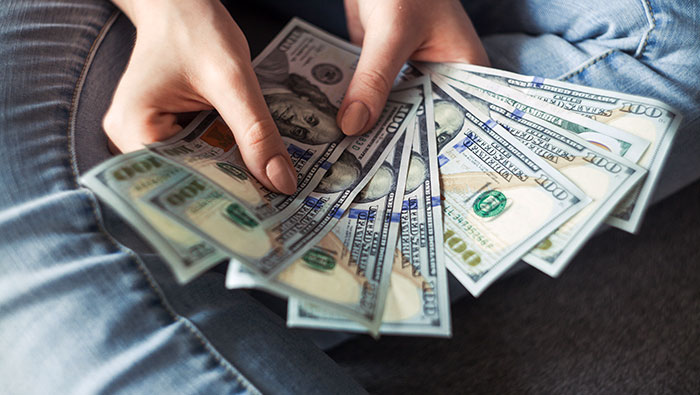 The week of June 15th, 2021, was the time when California state officials were pulling lottery tickets to see who won for getting the COVID-19 vaccine. Some tickets were for $50,000 and a few lucky winners would receive over one million. Being an optimist, I spent a little time reflecting how I might use the money if I won, but being a realist I knew there was only a minuscule chance my name would actually get called.

Little did I know, I would get a magical call from my bank regarding a nice pile of cash that was waiting for me. I write this story to share the glory of living in a California town where people do good things for each other every single day.

So what was the nice thing that happened to me? Here is the story…

On June 15, I went to my local Wells Fargo bank, made a deposit and cashed a check for $380 to have some cash on hand. I put the envelope in my purse and headed to my favorite grocery store, Nob Hill. After shopping, I pulled a fifty out of the envelope to pay for my groceries and, lo and behold, I managed to drop the envelope on the floor and leave the store and my money behind not even knowing what had happened.

Now in most places that is usually $330 down the drain, but this is the lovely town of Los Gatos with the great people working at Nob Hill. Wouldn’t you know it but an older man noticed the envelope on the floor and told the checker, Brittany, who grabbed the envelope and dashed out of the store hoping to find me in the parking lot. She just missed connecting with me, as I was already driving away. My hard earned money found a safe place on a desk at Nob Hill while I drove home clueless that I had even dropped the envelope.

The following day, I could not find the envelope anywhere! I looked through the car several times and searched through the three compartments of my purse. I looked in all the usual places it might be, and shared with my partner how I could not figure out where the money had gone. The only thing I could imagine is having dropped it at the grocery store, but in truth I couldn’t imagine not noticing the envelope slipping from my fingers. Like many of us hunting for some lost item, I looked several times in the same place hoping the bundle of cash would show up. But no luck… or so I thought.

Resigned to having lost the money, I tried to cheer myself up, telling myself it could have been $3,300 dollars and not $330, but $330 is still a lot of money. I was feeling pretty sorry for myself until I got a call from Austin at Wells Fargo advising me my missing money was at Nob Hill. It turns out Brittany had contacted the bank with the information on the receipt and the bank went to the trouble to look it up and found the money belonged to me. This seemed too good to be true and a pretty amazing event, but when I went to Nob Hill there my money was. So Wednesday, June 16th, became a magical day in my life, as I felt I won the Los Gatos Lottery!

What is the moral of the story? Actually there are several:

I’ve been a licensed psychologist with a private practice in Los Gatos, California, and have always considered myself fortunate to call Los Gatos home. This experience is just one more reason that I’ve added to my already lengthy list. And since I know how important relationships are, not least of all because of the relationship counseling services I provide every day, I decided to take some money out and buy Brittany some roses to say, “Thank you!”

Remember there is hope, there is help and it’s just a phone call away. Call 408-358-9679 for a complimentary phone consultation.