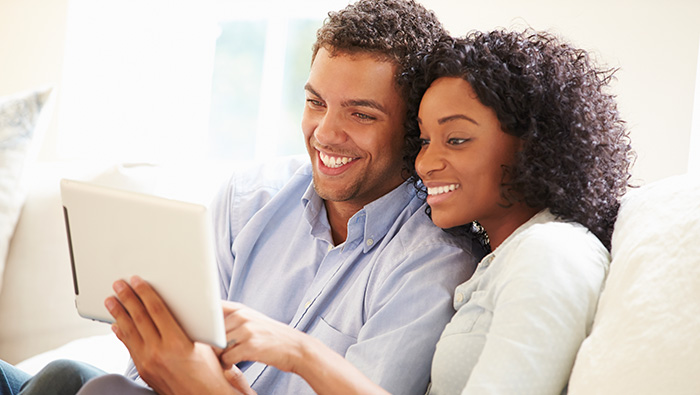 With over half of the marriages in the U.S. ending in divorce, learning to communicate effectively with your partner is crucial. Three common communication misdemeanors in marriage are overreacting, changing the subject, and blaming each other, but with motivation and persistence, you can learn constructive communication patterns that can improve your significant relationships and rekindle the intimacy in your marriage. But before we can talk about effective communication, it’s important to understand the destructive communication that permeates millions of marriages across the country. Here is a conversation between two people I will call Jim and Priscilla, a married couple who have one son, Henry:

Jim: Why did you tell Henry he could try out for football when he hasn’t been getting good grades? You always mess things up.

Priscilla (defensively): I do not mess things up! Your problem is you never do anything but sit in front of the TV. If you spent more time with Henry, he would be doing better at school. I always end up doing all the work, and sometimes I wonder why I even married you.

Jim (harshly): You are always putting too much on Henry’s plate and setting him up for failure. What kind of mother are you, anyway?

Can you spot the problems in their pattern of communicating? Before you go any further, write down three communication mistakes that Jim and Priscilla are making.

Jim and Priscilla attack each other with an overuse of the word “you,” and they make exaggerated statements like “You always mess things up.” They changed the subject from Henry playing football to Jim watching TV, to spending more time with Henry, to Priscilla’s mothering. Their marriage is headed for trouble unless they get some form of marriage counseling to improve their communication. But just what is communication?

Communication: the act of communicating, intercourse, exchange of ideas, conveyance of information.

The very definition of communication includes an exchange of ideas from each side. When people overreact to one another, as often happens in close relationships, the actual exchange of ideas is blocked, and the possibility of reaching a mutual understanding is diminished. Overreaction leads to a focus on the fight and disagreement and the topic of communication becomes lost. Over time, this lack of understanding often leads to resentment, which can gradually erode the intimacy in a relationship and lead to the ending of relationships that potentially could have become extraordinary. Developing intimate and fulfilling relationships with significant others can lay the foundation for wonderful lives. As a specialist in relationship counseling, I believe that relationships are our most valued resource. But just what is effective communication between two people?

Effective communication is sending the message you want to deliver, in a way that increases understanding by the other person. It’s a two-way process that helps you productively deal with the important topics and common conflicts that are part of life. It involves being proactive in bringing up a problem and making your message clear and sticking to one topic. Being patient in terms of listening while holding back and containing defensiveness is important. Some barriers to effective communication include passivity, problems taking turns, not being clear about what you want to communicate, not setting clear boundaries when your partner is upsetting you, and a lack of curiosity about the other person. Effective communication has many rewards such as more intimacy in your significant relationships, satisfaction and success in life, and positive relationships with your loved ones, friends, clients, customers and acquaintances.

You often have to deal with a variety of people to reach goals along your path, and effective and emphatic communication can help you build successful relationships and work as part of a team to get things done. If you grapple with a mental health challenge, you may want to find a coach, relationship therapist, minister or friend to help you with issues that make effective communication difficult.

Here are six important skills that contribute to the art of effective communication:

If you have lost touch with the positive things about your partner, you can learn to find your way forward to a life-enhancing relationship. Remember…

There is hope, there is help and it’s just a phone call away. Call 408-358-9679 for a complimentary phone consultation.