How to Manage Passive-Aggressive Behavior in Your Marriage 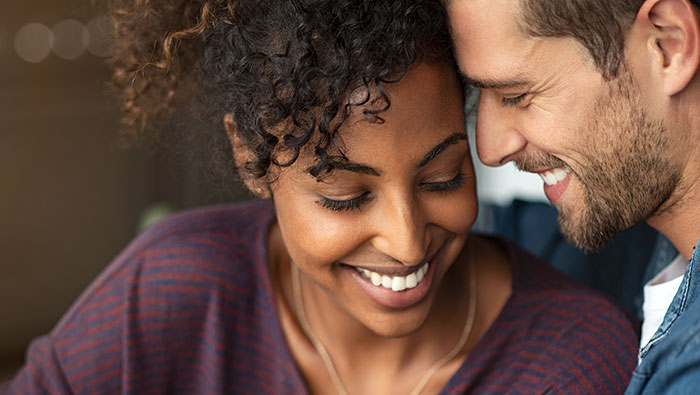 Do you feel the need to get even with your spouse?
Do you hold back your feelings and just sit on them when you’re upset?
Do people get angry at you, and you don’t always know why?

If you answered yes to any of these questions, you may be struggling with passive-aggression issues. Passive-aggressive behavior is a passive resistance to following through with expectations in interpersonal relationships. It’s often a devious and diabolical way to convey anger, disappointment or hurt to loved ones without speaking directly to them about it. Healthy spouses tell each other about their thoughts and feelings when they are angry or upset, but people with passive-aggressive tendencies express themselves by punishing and controlling the people they’re upset with. Many people with passive-aggressive tendencies may not know they are angry and they are often on the passive side. Because they are not connected to their feelings they do not express them and act them out instead. This behavior can eventually lead to resentment, a lack of intimacy, disengagement and parenting issues.

If you can identify your passive-aggressive tendencies, you can then follow the steps below to transform your behavior into active and assertive patterns that can increase harmony and intimacy in your marriage.

Rebecca was furious with John for wandering off while they were shopping in Mexico while they were on a vacation. He showed up about 30 minutes later and Rebecca felt scared and annoyed while he was gone. Instead of telling John about her feelings, she gave him the silent treatment and was distant for the remainder of their vacation. She was holding back her feelings and used a passive way to express them. She knew John hated the silent treatment, but she wanted to get even with him. John knew he had been inconsiderate, so he apologized and explained how he was out of line, which was a proactive and healthy way to make up. However, Rebecca continued to be distant and shut down.

Passive-aggressive behavior can take many forms such as stubbornness, resentment, sulking, procrastination or a deliberate failure to accomplish tasks for which one is responsible. Passive-aggressive people are often vague, disconnected to their feelings and don’t take responsibility for their part in relationship tension. Sometimes, they’re not aware of their intentions to get even, but may notice a rush when their partner or spouse gets upset. Victims of passive-aggressive spouses often feel angry, frustrated and resentful. If not treated, the pattern can lead to unnecessary divorces when the marriages could be repaired with early intervention.

Here are some symptoms of passive-aggressive people:

These behaviors may be caused by other conditions, but a clue to passive aggression is when one spouse is frequently angry at the other spouse, who seldom gets angry. Other clues are when one spouse smiles when causing upset to the other or is ambiguous when communicating.

1. Develop awareness. If your friends say you’re passive aggressive, ask for examples and be open to learning more about yourself. Notice that your partner’s annoyance is valid when you avoid speaking up or don’t keep your agreements. Keep mental notes of when you’re angry at your spouse, and take time to get clear about your feelings at a deeper level. Remember, we can move to real change through awareness and action.

2. Take some notes. Cultivate the daily habit of keeping simple notes about the events that trigger your negative feelings. If you notice you want to get even with your spouse, let yourself connect with it. When you own a feeling, you can become more aware of the full intentions of your rebellious side.

For example, when Jacob felt annoyed with Cheryl for giving too much attention to their puppy, Buster, he would yell at the puppy because he knew it would upset Cheryl. By keeping a journal, Jacob gradually began to identify that he was really angry at Cheryl, but he held back his feelings instead of speaking his truth. Jacob had a hard time exposing his vulnerability because he didn’t think Cheryl would be supportive. He was relieved to find that she was responsive to his direct expressions of fear and anger, and she admired his courage.

3. Talk yourself into being honest. Telling your partner when you feel like getting even is a major step in breaking the passive-aggressive pattern. Say something like, “This is hard for me to say, but I feel like doing something to get even with you. I’m telling you this because I want us to get closer.” It’s important that we share the feelings foremost in our minds, and speaking up about rebellious feelings greatly reduces the probability that you will act out your feelings. All marriages need to weather some tough storms, but you can develop a flourishing relationship by tolerating your vulnerability.

4. Learn to share your anger and hurt. Say things to yourself like, “I am a strong person and can learn to express my thoughts and feelings directly. If I stick with the process, it can improve our marriage.” When Jacob told Cheryl he felt jealous and annoyed about the time she spent adoring the puppy, Cheryl said, “I’m really glad you told me.” Jacob was honest and said he needed her support when he brought up difficult things, and the two of them became much closer. With honest input from Jacob, Cheryl decided to reduce her adoration time with Buster. Partners may not always say yes to a request, but often they will.

5. Avoid getting hooked in. It’s easy to react in negative, unproductive ways to your partner’s passive-aggressive behavior. When you feel the pull to get angry, upset or frustrated, back off because that’s what your partner wants. Pat him or her on the head and gently say something like, “So, are you wanting some negative attention?” This behavior is proactive instead of reactive and allows your spouse to know that you’re onto him or her and that humor can be a signal to become direct and honest.

Many experts believe that people with passive-aggressive tendencies grew up in families where it wasn’t safe to express their true feelings. Thus, they learned to repress their feelings instead of being direct and spontaneous. Try to be supportive because it can be painful for passive-aggressive partners to speak up about their feelings. Partners helping each other can make all the difference toward creating an exceptional relationship.

Living with the Passive-Aggressive Man: Coping with Hidden Aggression – From the Bedroom to the Boardroom
Scott Wetzler

The Search for the Real Self: Unmasking the Personality Disorders of Our Age
James F. Masterson, M.D.

There is hope, there is help and it’s just a phone call away. Call 408-358-9679 for a complimentary phone consultation.